THE X FEST is excited to announce another affiliated event with our sister film festival
SOUND ON SCREEN! 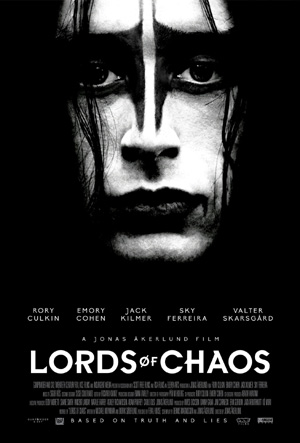 In the early ‘90s a new musical genre (with its roots in the '80s) expanded in Norway: Black Metal

With dark, occult imagery, the renowned black and white corpsepaint and strong anti-Christian sentiments,
the abrasive and challenging music went beyond imagery into true darkness, not only resulting in church burnings,
but also violence, suicide and murder.

These events were captured in the book Lords Of Chaos.


Directed by Jonas Åkerlund (known for Rammstein and Madonna music videos and films like Spun and Polar),
he was also in fact a member of early Swedish Black Metal legends Bathory. 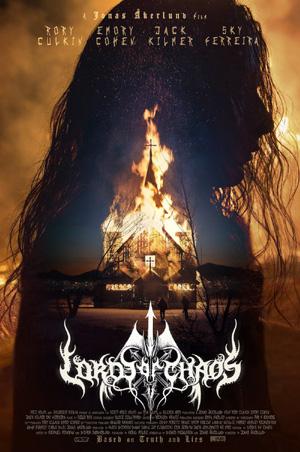 X FEST-linked movies to feature at the first FLAMEDROP FILM FESTIVAL
(9 - 15 December 2017, The Bioscope, Johannesburg) will include :


Highlights from all Flamedrop related events will include:


From Daring Doccies :
THE NATURE OF EXISTENCE

The SOUND ON SCREEN music film festival will be held in conjunction with
THE X FEST and DARING DOCCIES (including Punk and Metal subjects, with A Fat Wreck: The Punk-u-mentary and Blackhearts, plus Placebo: Alt.Russia has the band
uncharted investigation of alternative art and culure across the vastness of Russia)
www.flamedrop.com/sos

(see below for details on last year's X Fest)

Please note: It came to our attention (Tues 25 March) that the Quicket.co.za site could not be accessed - we're hoping by now this has been rectified

Confirmed titles for this movie / music / documentary infused event include :


A selection of amazing, crazy, eye-popping and mind-blowing short films from around the world
(that you won't see on any other South African cinema screen).
All short film titles announced soon. 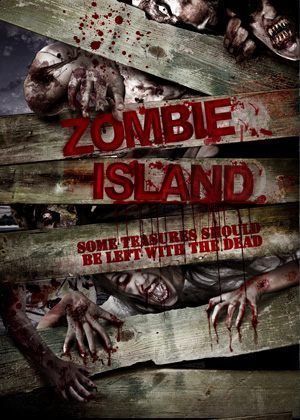 Two grave looters flee the angry villagers and sail to a desolate island only to encounter a greater foe – a swarm of zombie pirates. The hungry undead were originally hired by an American scientist to kidnap the descendents of the island’s natives to help him read ancient scripture and find a mysterious meteorite. With their greedy nature, the pirates stole the meteorite from Seabrook thinking it was something of value. That is, until they were all infected by the contagious alien virus inside the meteorite!
South African Premiere 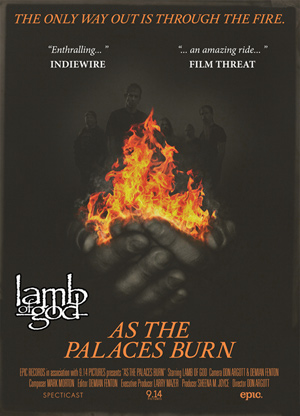 AS THE PALACES BURN is a feature-length documentary that originally sought to follow LAMB OF GOD and their fans throughout the world, to demonstrate how music ties us together when we can't find any other common bond. However, during the filming process in 2012, the story abruptly took a dramatic turn, bringing the band into a Kafkaesque nightmare, when lead singer Randy Blythe was arrested on charges of manslaughter, blamed for the death of one of their young fans in the Czech Republic. What followed was a heart-wrenching courtroom drama that left fans, friends, and curious onlookers around the world on the edge of their seats.
Filming took place in Colombia, Venezuela, Mexico, India, Israel, and the United States.
African Premiere
( see trailer below )

The film will include a new / pre-recorded Q&A with the band members that will be available exclusively to audiences attending the global theatrical screenings.
Audience give-aways will include Lamb Of God CDs, posters & a copy of As The Palaces Burn (10th anniversary CD) autographed by the band! 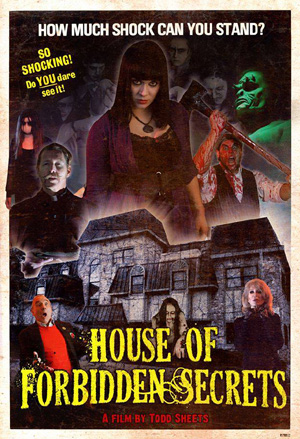 Down on his luck, Jacob landed the job as overnight security officer at the old ShadowView Manor, now a commercial office and retail building. Jacob is about to learn nights around the old Manor contains many secrets. A dark past that is breaking through the boundaries of time, leaking into this dimension. His first night on the job is the anniversary of a dark tragedy that has stained the building...
This Grindhouse madness also features Troma head honcho, the legendary Lloyd Kaufmann.
South African Premiere 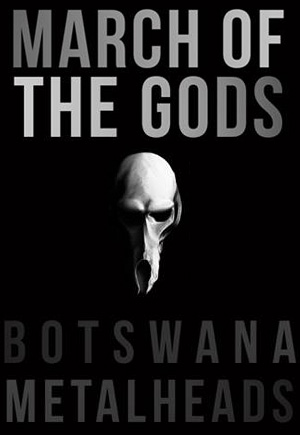 This fascinating documentary looks at the (unexpected) Metal scene in the (unlikely) African location of Botswana, with a focus on the band Wrust.
Interviews with local bands, fans, musicians and people who offered anthropological insights into the subculture and its history
sheds light on this passionate expression and the people who live for it.
Director Raffaele Mosca will fly in from Europe to attend the screening and chat with the audience.
South African Premiere

( For more background, click here for Edward Banchs' article on the movie and the Botswana scene,
and exclusive interview with the director by Jon Monsoon for Mahala )

There will be 3 screenings in Johannesburg at The Bioscope, 5 - 7 April,
with director Raffaele Mosca flying in to attend the show on 7 April.
www.TheBioscope.co.za 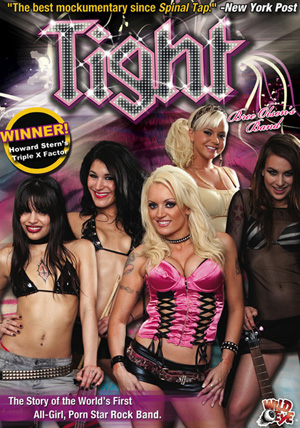 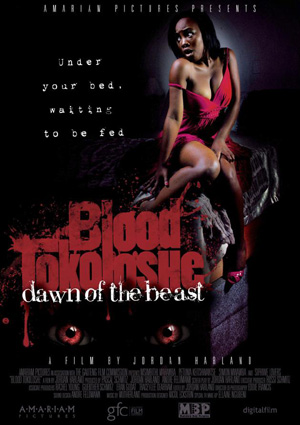 Blood Tokoloshe is one of the first South African B Grade Horror films about the legendary cultural boogeyman, the Tokoloshe monster.
Written and directed by Jordan Harland, it was shot entirely on location in the township of Orange Farm outside Soweto.
Cape Town Premiere

brought to you by

click the logos below to visit the
South African HORRORFEST and SHADOW REALM inc.